Student's lawsuit against L.A. City College over speech in support of Proposition 8 prompts anti-gay protests, formation of "gay unity" club, and death threats to a man who had nothing to do with it. 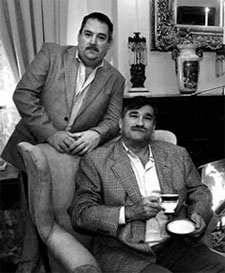 Life in the Castro of Natchez, Mississippi: "Though it’s seen, and not often discussed in proper company, there’s a grand gay scene in Natchez. Thom Miller and Shawyn Mars have been together nearly 18 years and
have had Natchez as part of their dual residency since the 1990s. Miller said he and Mars make up one of just many gay couples that call Franklin Street home." (via box turtle bulletin)

Barbara Walters: people want to be on my face?

Scientists no longer need embryos for stem cells: "In a breakthrough that could have huge implications, British and
Canadian scientists have found a way of reprogramming skin cells taken
from adults, effectively winding the clock back on the cells until they
were in an embryonic form. The work has been hailed as a major
step forward by scientists and welcomed by pro-life organisations, who
called on researchers to halt other experiments which use stem cells
collected from embryos made at IVF clinics."

Are all these men fun and fearless? 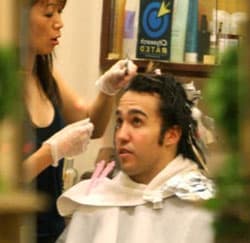 Only Pete Wentz's hairdresser knows for sure.

Tahoe board rescinds domestic partner benefits: "The Incline Village General Improvement District board has decided to
rescind health care insurance benefits to domestic partners of district
employees. Board Chairman Ted Fuller says he voted to rescind the benefits because of the need to cut costs and the potential for abuse. Board member John Bohn says he again voted against the benefits
because he doesn't think the north Lake Tahoe community supports them." 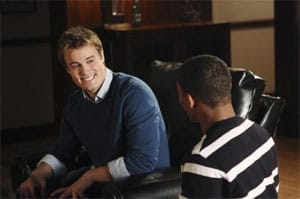 Greek
teen gets love interest in the form of Gregory Michael from Dante's Cove.

The reviews are in for Jimmy Fallon's first night as host of Late Night.

Arizona teens leaning left, survey says: "There's greater exposure to different media and different ideas, and
you would have more acceptance of abortion, you would certainly have
more acceptance of a gay American, and you'd also be raised in an
atmosphere that was more ethnically diverse than one your parents came
from."