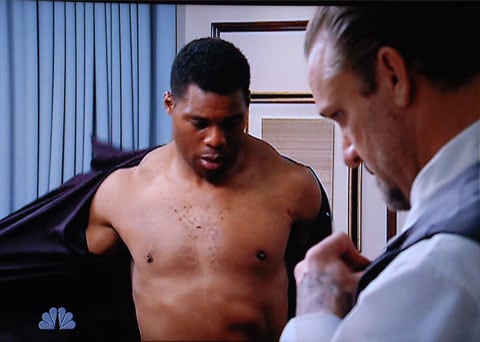 Anybody else catch the gayest Celebrity Apprentice ever on Monday night? The show's competition was about hospitality and producers packed the Loews Hotel full of rooms of demanding gay men (probably a good strategy) and Joan Rivers seemed absolutely high off of it. That, or the sugar from the cookies she jammed into her purse. 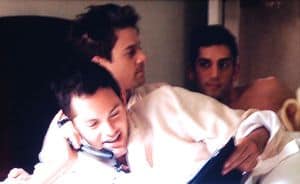 One of the rooms featured a trio of gay men (which included actor and OUT columnist Jesse Archer) who apparently spent the night having some sort of three-way as they were pictured in the morning hanging out in the same bed in bathrobes. I knew two of the other gay men, the ones who went off with Rodman for dinner. Producers gave the various guests $1,000 in spending money.

The show also featured some Herschel Walker (above) and Dennis Rodman beefcake, although Rodman's strip came at the end of a frustrated day fueled by his alcohol abuse. That issue became the focus of the episode, ultimately a big downer for everyone.

Boardroom (SPOILERS), AFTER THE JUMP… 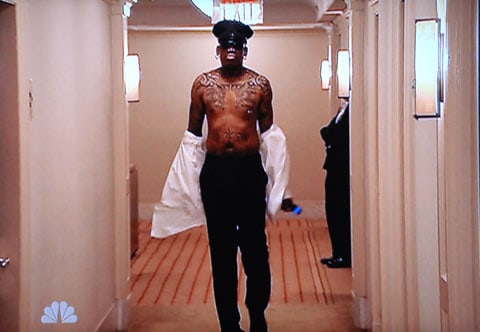