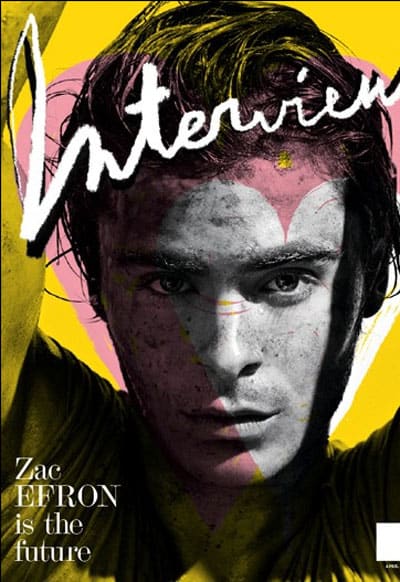 Interview magazine reads the tea leaves and gets a redesign for its April issue, less than a year after their last redesign, WWD reports:

"The changes just keep coming at Interview, with more staff appointments and yet another new look. The April issue will unveil a different logo and layout crafted by new design team M/M Paris (the handwritten logo is actually influenced by the logo used in the Seventies). The duo took over in February after Interview parted ways with co-editorial director Fabien Baron and creative director Karl Templer, and clearly M/M Paris has wasted no time in undoing the work Baron and Templer had done. They’d introduced their own new look for the title a mere eight months ago. Interview also named Joe McKenna as fashion director to replace Templer. McKenna had been a freelance stylist working on various fashion and lifestyle titles."