In parliament this week, Zambian VP George Kunda told officials  that the government knew of people who had married to hide their homosexuality, and instructed people to report those people to the police, according to a Zambian news outlet. 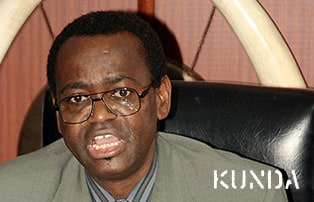 Said Kunda: "Zambia is a Christian nation and it shall continue to be so because it
is part of our constitution. And acts such as homosexuality are not
part of the Christian norm. In 2005, this house passed stiff laws
against homosexuality. For people having carnal knowledge of each other
against the order of nature the punishment is a minimum of 15 years
imprisonment. If you have carnal knowledge of an animal you serve a
minimum of 25 years…I know there are some prominent people in our society who are
practicing homosexuality, some of them are engineers, some are lawyers
and some are journalists. If you have information about such people, report them to the law
enforcement agencies. There are also some people who are bisexual and
they marry to cover up their activities, but at the end of the day we
know them."

The news outlet, Behind the Mask, also reported cries of "shame" during Kunda's statement, as well as laughter.