An experimental program in Tanzania communicates to gay men through cell phone texts in an effort to provide private-conveyed information to help stem HIV and AIDS in the largely homophobic and discriminatory nation: 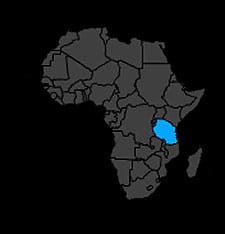 "Joyce Nyoni –the project coordinator and a
sociology lecturer at the University of Dar es Salaam — said the 'safe
sex text test' would start by next monthand run for 20 months. 'We hope to motivate the participants and equip them with scientific
knowledge and skills on how to protect themselves and their partners
from HIV/Aids. So far I have informally identified 10 'seed' candidates
who will help to recruit others. We hope to connect up to 300
homosexual men, who will be receiving at least three messages a week
each on an anonymous basis,' Nyoni said...Nyoni said she will write the safe-sex
messages in consultation with HIV counsellors and will use computer
software to monitor message delivery. Group members will be allocated
identity codes to remain anonymous because homosexuals face
discrimination in Tanzania. For the same reason, the project's outcomes
will be measured against questionnaires rather than blood tests, Nyoni
said."

Nyoni says more than a quarter of Tanzanians use cell phones regularly.

Mail & Guardian adds: "According to figures released by the
Tanzania Commission for Aids, about six of every 100 citizens between
the ages of 15 and 49 are infected with HIV/Aids. Because of the
stigma, it is not known how the country's homosexual population is
affected, although Ananilea Nkya from the commission said the country's
epidemic is predominantly heterosexual and affects more women than men."