Author Christopher Rice, who spoke with us in 2008 on the publication of his last novel Blind Fall, is now the Board President of the Lambda Literary Foundation. Rice released this statement with regard to the recent sales de-rankings of gay and lesbian themed books at Amazon.com, which last night they attributed to an error. 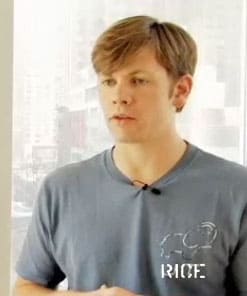 "Lambda Literary Foundation applauds the diligent work of writers, bloggers and activists in calling attention to this deeply distressing turn of events. I have seen my first novel stripped of its sale ranking by this apparent computer glitch so I join other writers who are baffled to the point of anger. I take great solace in the quick mobilization of our community in response to this apparent marginalization of LGBT books; the grassroots power of the Internet has been placed on glorious display for all to see. Over the next few days, we at Lambda Literary will be monitoring the situation very closely. Amazon is one of our nation's largest general book retailers. In their commitment to creating and sustaining technological advances in the publishing industry, they have laid claim to the future of book distribution. As such, they have a pressing responsibility to create an unfettered exchange of stories and ideas. If a quick and decisive response to this problem is not forthcoming within the next few days, we at Lambda Literary look forward to leading a sustained and impassioned dialogue on this issue, which will seek to harness the energies that have been released by our community's admirable response."

There's a longer interview with Rice over at Queerty as well.