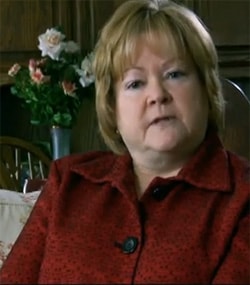 The Washington Blade reported yesterday that debate of the bill saw "an onslaught of hostile moves" intended to bog down the legislation: "There was protracted discussion in committee Wednesday of severalamendments to the Local Law Enforcement Hate Crimes Prevention Act. Themeasure is intended, among other things, to allow the JusticeDepartment to assist in the prosecution of hate crimes committedagainst LGBT people that result in death or serious injury. Amendments offered by the committee's Republican members, though,sought to include unborn children, military members and pregnant womenin the measure. Another proposed amendment sought to strip passagesregarding 'gender identity' from the bill. The amendments were voteddown."

Rea Carey, Executive Director of the National Gay and Lesbian Task Force, released a statement which read, in part: "Laws ultimately reflect a nation’s values, and this legislation, once passed, will send a strong message that America rejects all forms of hate violence, including bias-motivated crimes against lesbian, gay, bisexual and transgender people. This committee vote marks the beginning of the end of a long-fought battle. We are pleased that President Obama has expressed support for this critical legislation by announcing he will sign the bill when it comes to his desk. We hope the administration will play a role in assisting with the measure’s passage in both the House and Senate."

A vote on the House floor could occur as soon as next week.

Earlier this week, I posted an important message from Judy Shepard aobut this legislation. I've re-posted it again, AFTER THE JUMP…