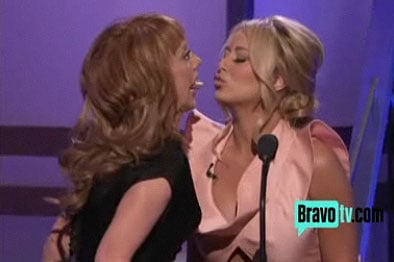 At Bravo's A-List awards, Kathy Griffin told the audience that she has realized to be an A-lister she needs to have a gay rumor. Former Danity Kane member Aubrey O'Day volunteered to help Griffin with her first lesbian kiss.

The second annual awards show will be broadcast this Wednesday on Bravo.

Kathy Griffin recently canvassed homes in Pasadena with volunteers from L.A. Gay & Lesbian Center’s Vote for Equality team. She also had a Norma Rae moment at a Proposition 8 protest march in Sacramento. 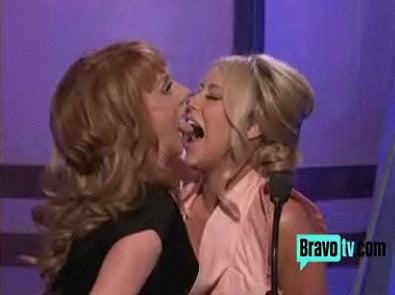