Meghan McCain, the daughter of Senator John McCain, has a column in today's Daily Beast discussing her recent statements in support of marriage equality and her upcoming speaking engagement at the Log Cabin Republican convention. 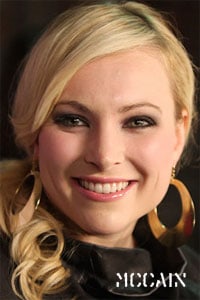 Says McCain: "I am a woman who despises labels and boxes and stereotypes. Recently, Iseemed to have rocked a few individuals within my party by saying thatI am a pro-life, pro-gay-marriage Republican. So if anyone is stillconfused, let me spell it out for you. I believe life begins atconception and I believe that people who fall in love should have theoption to get married. Lest we forget, our founding document, theDeclaration of Independence, grants the same rights to everyone in thiscountry—'All men are created equal.' If you think certain rights shouldnot apply to certain people, then you are saying those people are notequal. People may always have a difference of opinion on certainlifestyles, but championing a position that wants to treat peopleunequally isn't just un-Republican. At its fundamental core, it'sun-American."

She also has speaks about her party's future: "At the most basic level, sexual orientation should not be a factor inhow you are treated. If the Republican Party has any hope of gainingsubstantial support from a wider, younger base, we need to get past ouranti-gay rhetoric."

A Gayer GOP [the daily beast]

McCain's recent appearance on LArry King Live, in which she stated her support for same-sex marriage, AFTER THE JUMP…