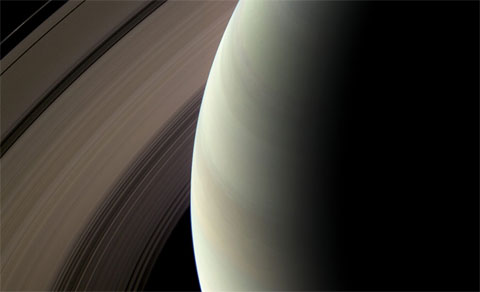 The Big Picture writes: "NASA's Cassini spacecraft is now a
nearly a year into its extended mission, called Cassini Equinox (after
its initial 4-year mission ended in June, 2008). The spacecraft
continues to operate in good health, returning amazing images of
Saturn, its ring system and moons, and providing new information and
science on a regular basis. The mission's name, 'Equinox' comes from
the upcoming Saturnian equinox in August, 2009, when its equator (and
rings) will point directly toward the Sun. The Equinox mission runs
through September of 2010, with the possibility of further extensions
beyond that." 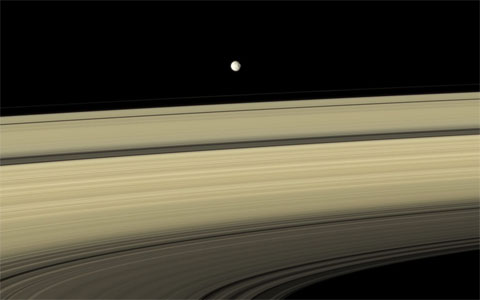