Dana White, President of ultimate Fighting Championship (UFC) was called on to apologize by GLAAD after posting a vlog directed at mixed martial arts reporter Loretta Hunt which contained misogynistic and anti-gay slurs. 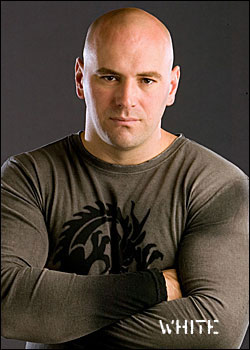 White was angry at Hunt for a story she wrote reporting on new restrictions on backstage credentials at the UFC fights.

GLAAD wrote: "In the video, White rants, “And here’s a quote from a guy who wantedto remain anonymous because of fear of repercussions. Shut the f**k up.Any f**king guy who won’t put his name on it. First of all, whoevergave you that quote is a pu**y and a f**king f**got and a f**king liarand everything else.”  Although White doesn’t state the name of thearticle, based on the author’s name and the content he most likely wasreferring to this article on the sherdog website. White’s remarks cross a line – it’s unacceptable for an industryprofessional at his level to trade in these kinds of defamatory,anti-gay slurs.  White knows the impact of words.  Early in the video,he instructs his fighters not to curse on television.  And yet, laterin the video he goes on to do exactly that.  He is also aware of theimpact that he has.  The UFC’s – and White’s – primary audience is 18 – 34 year old men,and based on his own remarks about how editors can tell a story so theaudience cares, he understands just how influential the words that hechooses can be for his audience."

Said White in an apology posted today: "As far as the gay and lesbian community, my comments were not directed toward them. I have no problem with the gay or lesbian community. I'm actually a supporter of many of their issues. The last thing that I would ever want anybody to think about me or think is cool is to go out and attack somebody because of their sexual orientation. That was not my intention. That's not the way I said it and I apologize for anybody that I've offended or hurt."

Watch White's rant, and the apology he posted today, AFTER THE JUMP…