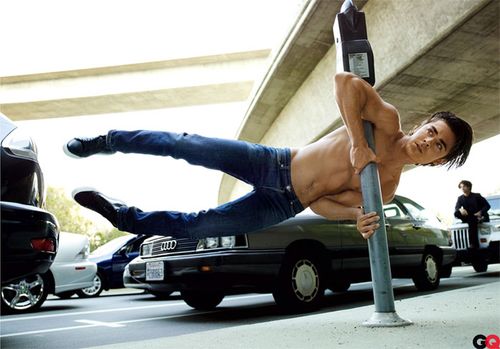 Fresh from having his toes nibbled by Jason Sudeikis, Zac Efron continues his promotional blitz with a visit to the cover of GQ and this inside shot of the actor as a shirtless flag.

The profile touches briefly on how High School Musical exists in the closet:

"And the weird thing is that this, basically, ironically, is the plot of the movie that made Efron who he is today. High School Musical isabout a young man struggling to choose between high school sports andthe temptation of musical theater, and finding the courage to dosomething his buddies think is totally gay, except it’s a Disney movieand therefore it takes place in a universe where being gay does notexist, so Troy’s buddies just say things like 'You ever think LeBronJames and Shaquille O’Neal auditioned for their school musical?'

“'It was the worst possible thing you could do in high school,' Efronagrees. 'Kids who are in musical theater tend to be self-confident in aquirky kind of way, and when kids who are really self-conscious seesomebody doing that kind of thing, they try to bring them down. I usedto do random things, man. When I was a kid? I dyed my hair silver, tolook like SisQó in the 'Thong Song' video. I just didn’t give a fuck. Ididn’t care.'”

Cover image, AFTER THE JUMP… 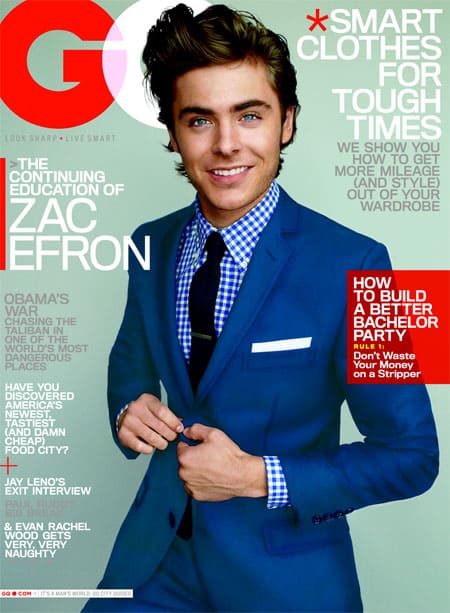