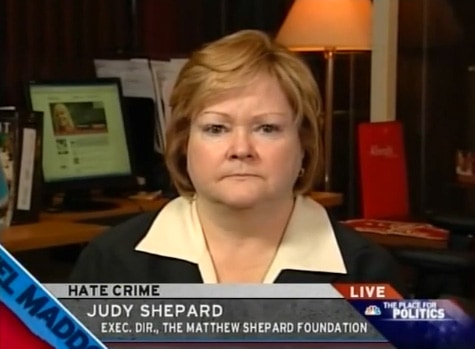 Rachel Maddow spoke with Judy Shepard about the passage of the Local Law Enforcement Hate Crimes Prevention Act (aka known as the Matthew Shepard Act, for her son) in the House, and remarks by North Carolina congresswoman suggesting that the murder of her son was not motivated by his sexual orientation, but was a "hoax." 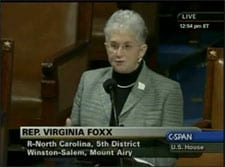 Foxx later said 'hoax" was a poor choice of words but refused to apologize for her broader suggestion. Foxx's remarks were based on a sensationalist and inflammatory 2004 20/20 report by ABC News' Elizabeth Vargas which was slammed for its lack of solid evidence to back up its assertions.

Local North Carolina news outlets reported late Thursday that Foxx had received 10 death threats by voice mail at her office over her remarks.