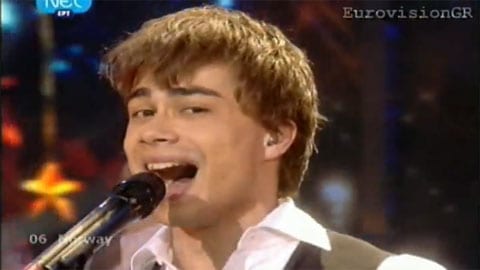 "Gay rights activists had called on singers and fans to boycott thecontest on Saturday night, which was held in Moscow for the first timeas the result of Russia’s Eurovision win, by Dima Bilan, last year.Earlier Saturday, the police detained 40 demonstrators who had gatherednear Moscow State University, including a Briton and an American.None of the Eurovision performers withdrew or mentioned the gay rightsrally from the stage, nor did the packed stadium give any indicationthat fans had stayed away."

According to The Local, however, Rybak did remark about the anti-gay Moscow crackdown: "Rybak criticised the authorities response to the protest, saying “we’vehad the biggest gay pride demonstration right here in this halltonight.”

Watch Rybak perform the winning entry, AFTER THE JUMP…