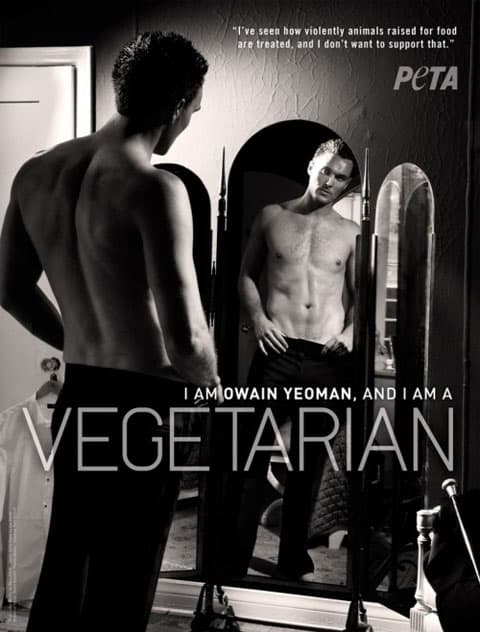 Owain Yeoman, who plays Officer Wayne Rigsby on CBS' The Mentalist, appears shirtless in a new ad for PETA. Says Yeoman: "I’ve seen how violently animals raised for food are treated, and I don’t want to support that." (I'd rather just admire how well I take care of myself)

Yeoman is the latest to strip for PETA. In February, Battlestar Galactica's Jamie Bamber took it all off to raise awareness about the killing of bears.