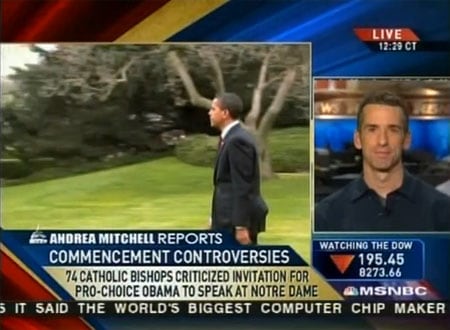 And who wouldn't agree?

"I have a sickeningly familiar feeling in my stomach, and the feelingdeepens with every interaction with the Obama team on these issues.They want them to go away. They want us to go away. Here we are, in the summer of 2009, with gay servicemembers stillbeing fired for the fact of their orientation. Here we are, withmarriage rights spreading through the country and world and a presidentwho cannot bring himself even to acknowledge these breakthroughs incivil rights, and having no plan in any distant future to do anythingabout it at a federal level. Here I am, facing a looming deadline to beforced to leave my American husband for good, and relocate abroadbecause the HIV travel and immigration ban remains in force and I haveslowly run out of options (unlike most non-Americans with HIV who haveno options at all). And what is Obama doing about any of these things? What is he even intending at some point to do about these things? So far as I can read the administration, the answer is: nada."

Watch the MSNBC clip, AFTER THE JUMP…