Schwarzenegger: Prop 8 challenge should be decided by the courts. 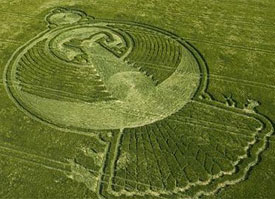 Gizmodo's review of the iPhone 3GS.

Biologists: Same-sex relationships may drive evolution. "Same-sex sexual behaviors are flexibly deployed in a
variety of circumstances, for example as alternative reproductive
tactics, as cooperative breeding strategies, as facilitators of social
bonding or as mediators of intrasexual conflict. Once this flexibility
is established, it becomes in and of itself a selective force that can
drive selection on other aspects of physiology, life history, social
behaviour and even morphology." 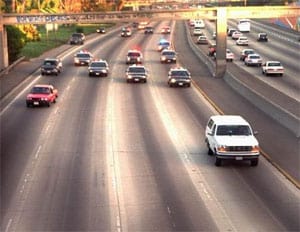 It's the 15th anniversary of the O.J. chase.

Thousands flock to Banksy show. "During the show’s opening weekend, almost 8,500 people flooded the Bristol City Museum and Art Gallery, about eight times what the venue would normally expect."

Sex change in China could require permission from the police: "The proposed guidelines, posted Tuesday, say candidates for surgery
must show an agreement from police to change their sex on their
identification cards once the procedure is complete. The
ministry posted the draft guidelines to invite public and professional
opinions before July 10. China has no laws against sex change surgery,
and the ministry says the guidelines are necessary to regulate the
procedure." 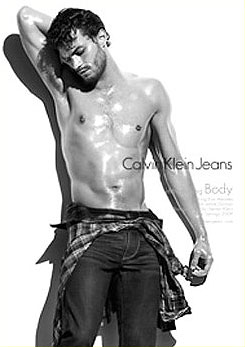 Jamie Dornan all buttered up for new Calvin Klein campaign.

Anti-gay attack on College Street in Toronto: "Around 2:30am on the morning of Jun 7 — after a night out at El
Convento Rico dance club on College St — Corey John and Takonda Majikwa
were walking west toward Ossington when a group of men approached them. 'They were drunk and had open beer bottles in their hands,' says John. 'When they approached us they were making remarks as 'faggot,' 'fudge
packer' and 'you and your girlfriend.'"'

Why people tend to enjoy Cristiano Ronaldo's time off best.

Larry Kramer praises book on pre-Oscar Wilde gay sex in Britain: "Certainly nothing like this has appeared in America, thus allowing
queer and gender studies to pretty much swamp, nay drown, the gay
history field with their gobbledygook theorizing of what might have
happened. This ludicrous state of affairs prohibits making statements
such as: "they did then what we do now," without the wrath of queer
theorists raining down insults of an uncommonly vitriolic nature. You
don't have a right to say that! say they. You can't prove it! say they.
It's been here all along since the beginning of history, say many
others of us. Well now it can be said, and proved, in Britain at any
rate, thanks to Upchurch."