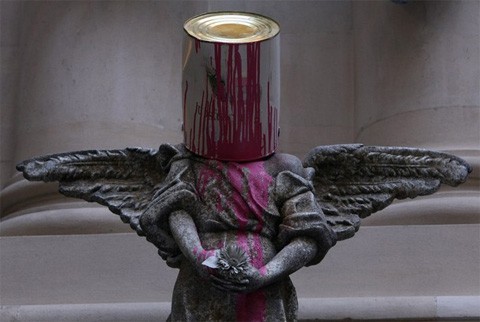 Including works from past installations such as his Pet Shop in New York City and his 'Santa's Village' installation in Jerusalem, along with 'revised' versions of the City Museum and Art Gallery's own works, street artist Banksy has announced a surprise exhibition opening tomorrow in his home town of Bristol, UK:

"'This show is my vision of the future, to which many people will say: 'You should have gone to Specsavers'', Banksy added. Theexhibition and its location have been a closely-guarded secret sinceOctober, with just a couple of museum officials in the loop. 'Ithink we may have dragged them down to our level rather than beingelevated to theirs,' said Banksy of the subterfuge involved in stagingthe show in his home city. Museum director Kate Brindley said it was a huge relief to finallybe able to talk about the exhibition, and admitted they had taken a 'risk'. Plans for the summer show were kept from Bristol City Council chiefs until Friday – the day before it was due to open."

A tour of the exhibit from the BBC, AFTER THE JUMP… 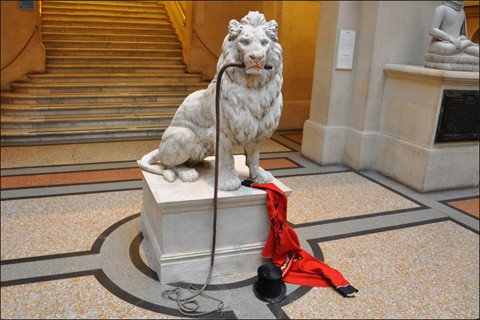