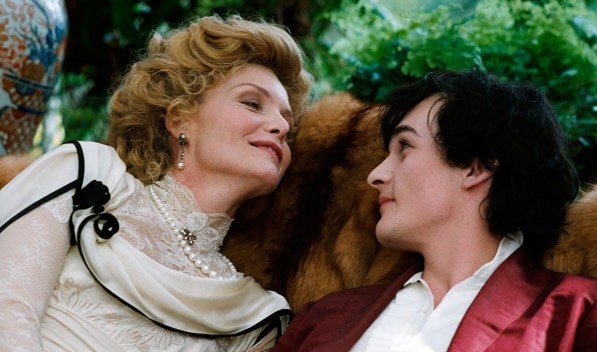 You're okay if I ignore the giant robots, right? I do admit to a teensy wounded bird crush on Shia Labeouf — it's that permanently injured bandaged left hand — and a tiny fascination with Megan Fox's inability to censor herself with the press, but after Roger Ebert, who loves almost everything, called it "a horrible experience of unbearable length" I knew better. Plus, there's other new movies to discuss starting with…

Chéri tells the tale of an aging courtesan Lea (Michelle Pfeiffer) who knows her prime earning years are ending. She begins a sexual dalliance with her fellow retired courtesan's (Kathy Bates) son Chéri (Rupert Friend) who she has known since his childhood. The affair is well known and even initially encouraged. The film quickly skips ahead several years and Lea now about to turn 50 (Pfeiffer herself turned 50 during the production) is still entangled with Chéri who is half her age. An arranged marriage for Chéri prompts a crisis within both of them. The untenable nature of the May/December romance is suddenly clear butso is the unexpected depth of the feeling involved… at least to the audience.Both Chéri and to a lesser extent Lea are all muddled about what it isthey feel for each other and what exactly they're losing.

The advertising for Chéri paints it as a lighthearted comedy and to some degree it is but a fluffy bauble. The production design and costumes indulge in Belle Epoque grandiosity and both Pfeiffer and Friend are gorgeous objects for the camera's affection. The screenplay borrows most of its wit from the terrific source material, a short novel from French legend Colette (who also wrote Gigi and whose own life, I must add, would make a great film: lesbian love affairs, a brief stint working at the Moulin Rouge, an affair with her stepson and much much more). 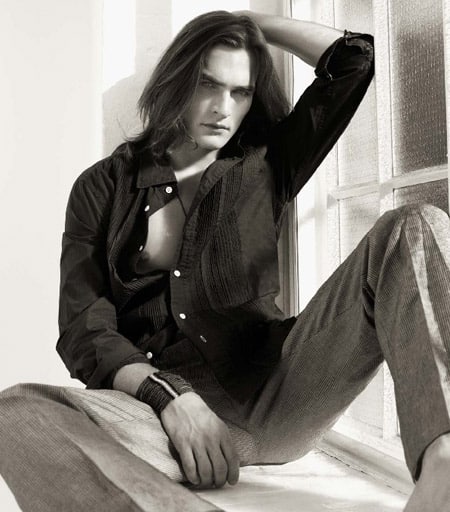 MORE on Chéri and other new releases, AFTER THE JUMP…

Chéri reunites the director, writer and star of the classic Dangerous Liaisons butit doesn't have the laser precision of that randy vicious drama, instead veering awkwardly between farce, romance, comedy and tragedy. Butdespite its stumbles, the romantic duet is a pleasure to watch as is the chance to see Pfeiffer carryher first big romantic period role since The Age of Innocence (1993). The legendary beauty isnow past Hollywood's preferred age for leading ladies which raisespointed parallels between courtesans and actresses. Rupert Friend (best known currently as Keira Knightley's boyfriend) matchesPfeiffer beautifully as the pampered boy-toy she's helped to raise. He'sthe sexual object rather than the actress fawning over his youthful cruel beauty. Maybe there'll be some fawning over Michelle Pfeiffer comeOscar season? Pfeiffer's great curtain call closeup pushes Chéri deeper andstings more than one would expect. It's far from a perfect film but thanks to the actors, it lingers.

Pfeiffer isn't the only actress headlining a new drama this week. Oscar nominated Shohreh Aghdashloo (24, House of Sand and Fog) stars in the Iranian story The Stoning of Soraya M and Kerry Washington (pictured left) plays a pre-op transsexual prostitute in Life is Hot in Cracktown. Washington should clearly be a movie star by now (beautiful + really talented) but she seems to be suffering from an age old Hollywood problem: they don't know what to do with black actresses. Even Angela Bassett's leading woman career was short lived. If studio cinema won't give Kerry the opportunities she deserves, I'm glad she's returning to indies where we first discovered her [a fine semi-obscure rental choice: her debut film Our Song (2000)]  Lastly, Cameron Diaz stars in the weepie My Sister's Keeper based on the best-selling novel of the same name. The movie is grossly sentimental and manipulative and inexplicably shot in the golden happy hues of a coffee commercial or some such. One has to wonder why movie makers don't trust tear-jerking subject matter (cancer in this case) to jerk the tears. Trust me, cancer is enough. I cried all right but the movie is terrible and Cameron Diaz, still searching in vain for that first Oscar nomination,  plays only one note here as the tunnel-visioned mother keeping her daughter alive. 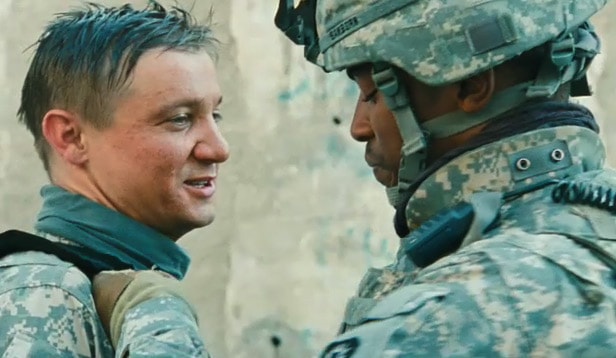 If you value critical consensus, the movie to see this weekend is undeniably The Hurt Locker which is the gripping story of a bomb squad in Iraq. It's from director Kathryn Bigelow (Strange Days, Point Break, Near Dark) who knows her away around a great action sequence. Under appreciated actors Jeremy Renner (from Dahmer, and 28 Weeks Later) and Anthony Mackie (from Million Dollar Baby and the gay drama Brother to Brother) get the big roles. Ralph Fiennes, Guy Pearce and Evangeline Lilly turn up as well. 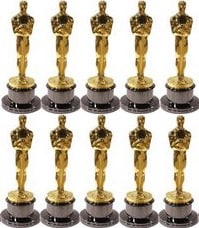 Movie sites went berserk yesterday as AMPAS (i.e. the Academy aka The Oscars) announced that the Best Picture nominees would total 10 rather than 5 going forward. Actually that's going backwards since the Academy used to have 10 nominees. 1943, Casablanca's year, was the final year for 10 nominees — until 2009 that is. Here's a few diverse takes from 'round the web. A lot of people seem to think that a wider Best Picture field would prevent travesties like Crash's victory over Brokeback Mountain (the theory being that more films makes it less easy to vote against something) or strange occurrences like hit films such as Dreamgirls and The Dark Knight getting plentiful nominations without a corresponding Best picture nod. I personally think it's too early to know what this might mean. It should make for an interesting and highly speculative Oscar season, though.