Rep. Tammy Baldwin (D-WI) released a statement today with regard to the brief. Said Baldwin, as part of longer remarks at the Securities and Exchange Commission (SEC) in observation and celebration of LGBT Pride Month:

"Last week the Department of Justice filed a motion to dismiss a lawsuit challenging the constitutionality of DOMA.  I was profoundly disappointed by this action, particularly coming from this administration.  I still take President Obama at his word that he is committed to the repeal of DOMA.  I also recognize that he cannot do it alone.  Congress has the responsibility on its shoulders to pass legislation that would give the opportunity to the President to keep his word and ensure that all married people, including those in same-sex marriages, enjoy the same rights under federal law." 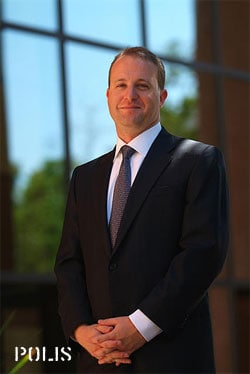 “I was shocked and
disappointed to learn that President Obama chose to defend DOMA in
federal court, especially given his campaign promise to call for a full
repeal of DOMA. My sadness turned to outrage when I read the Justice
Department’s brief that not only defended this hurtful law but seemed
to embrace it. Comparing my loving relationship with my partner,
Marlon, to incest was unconscionable coming from a president who has
called for change. Since this filing, I have called on the President to issue a statement
or give any sign that would clarify his position and am disappointed in
his lack of reply. I am a proud Democrat, as are many in the GLBT community, and I believe
we must hold our leaders accountable. The Obama Administration made a
HUGE mistake in the DOMA brief. If they keep making mistakes like this,
they risk losing the support of the GLBT community forever, although I
do not believe we are at that point yet. President Obama needs to honor his promise to repeal this law and end
its needlessly divisive and harmful impact on our nation.  I again call
on him to work with us in Congress to help pass legislation, ending
this hateful and divisive law. As the New York Times editorialized yesterday, “busy calendars and
political expediency are no excuse for making one group of Americans
wait any longer for equal rights.”