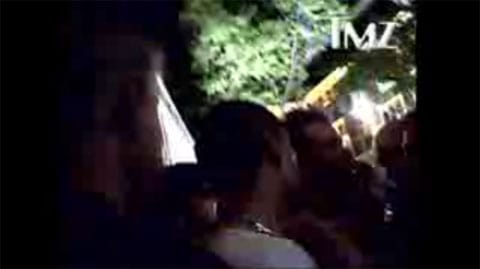 TMZ posted video of the altercation at Toronto's MuchMusic awards during which Perez claims he was assaulted by someone with Black Eyed Peas' Will.i.am. Perez released a video statement earlier today.

TMZ writes: "With a crowd surrounding Perez, Will and Will's manager, Polo — theguys argue back and forth for about a minute, until Perez tells Will, 'you're not a f**king artist … you're a f**king f*ggot.' The scene suddenly turns chaotic — and in the mess someone punches Perez in the face."

It's honestly hard to make out much of anything. Watch it, AFTER THE JUMP…