Emmy-winning director Todd Holland clarifies his advice (offered at a panel at Outfest) that to succeed, actors should stay in the closet. Here's part of Holland's clarification, all of which you can read at The Wrap: 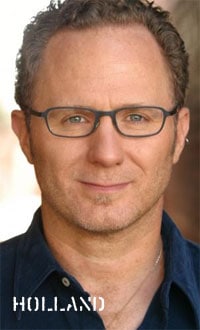 "If you’re a guy, no one cares … unless you're in that fractional .002 percent of the young male actor population, and you really have the goods to become a true leading man. Then there may be obstacles to both living authentically and achieving that Holy Grail of dreams: real, tent-pole-sized Hollywood Stardom.

Gatekeepers abound at every level. Studios are like feisty Chihuahuas — they are inherently fearful, and if their bottom lines are at risk, they’ll bite. Agents and managers do not push rocks up hill — they’ll push level (but prefer downhill).

And their bottom lines are also at risk. Casting directors (sometimes gay ones especially) are often very reluctant to promote openly gay actors fearing, I imagine, some 'what the f— are you thinking?' response from straight employers.

I never said stay in the closet. And that matters. My meaning in 'I can't tell you to come out' is inherently parental.

Translation: 'If you take the path of coming out, you will be living authentically — and that is a great achievement in anyone’s life. But I can't promise you're going to skirt the gatekeepers or scale the hurdles the system has in place.'

To me, that is a real and honest answer. Yes, it is neither activist nor idealistic — but it is the real world I work in every day. It is the world in which I live authentically."

I appreciate Holland's clarification, but do take offense at his characterization of blogs as cockroaches. 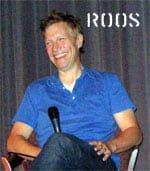 In related news, film director Don Roos made remarks at Outfest similar to Holland's. Roos says that he doesn't believe actors should come out of the closet:

“I prefer more mystery. I don’t want to know about [the actor’s] political views, whether they’re gay or straight. I have a deep respect for homophobia [in American society] and I don’t think it will ever go away. I don’t think actors coming out is going to help end homophobia. I think doctors, teachers and lawyers coming out will end homophobia…We’re a country of bigots. I don’t want that to go away entirely. We wouldn’t be interesting anymore."