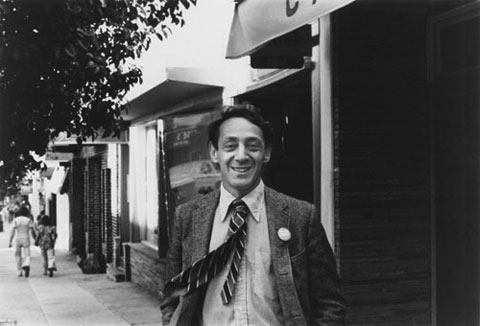 Harvey Milk's nephew Stuart Milk, will accept the Presidential Medal of Freedom at a White House ceremony on August 12, according to the Victory Fund.

Said Stuart: "The President’s action today touches the core of our very human hearts and my uncle would be so proud of this high honor.  His election was, for him, a beginning–a chance to make real change. That change is happening, but we still have so far to go. I hope this recognition inspires LGBT Americans everywhere to heed Harvey’s call to run for office, to serve openly, to live proudly with authenticity and to demand the equality that we all deserve."

Billie Jean King will receive the medal on the same day. The Presidential Medal of Freedom is the nation's highest civilian honor, recognizing individuals responsible for "an especially meritorious contribution to the security or national
interests of the United States, world peace, cultural or other
significant public or private endeavors.

Said Obama: "These outstanding men and women represent an incredible diversity
of backgrounds.  Their tremendous accomplishments span fields from
science to sports, from fine arts to foreign affairs.  Yet they share
one overarching trait: Each has been an agent of change.  Each saw an
imperfect world and set about improving it, often overcoming great
obstacles along the way. Their relentless devotion to breaking down barriers and lifting up
their fellow citizens sets a standard to which we all should strive.
It is my great honor to award them the Medal of Freedom."

More about the recipients here.

Previous Post: « If Zac Efron Bungee Jumps in the Forest and No Tweens are There to Hear Him, Does He Make a Sound?
Next Post: Iraqi Refugee Claims U.S. Soldiers Involved in Executions of Gays »