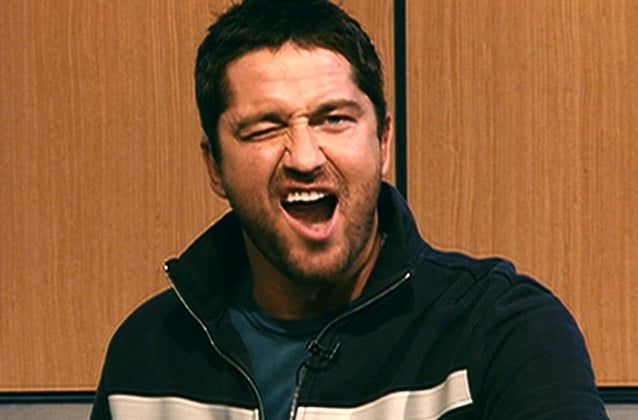 The weekend's box office contender is the comedy THE UGLY TRUTH. In Hollywood appealing to multiple quadrants is crucial to survival. Having won over action fans with 300, Gerard Butler is wooingromantic comedy lovers. His recent attempt (P.S. I Love You with HilarySwank) didn’t do it. In …Truth, he becomes entangledwith Katharine Heigl who is having trouble landing her preferred manEric Winter, the only person nearby who's as pretty as she. Why Heiglwould need Butler’s Cyrano-like assistant in winning aman is a question that can only be answered (or asked) inside of a movie.

Bonus Scenes
Speaking of ugly truths… have you heard about the Comic-Con and Prop 8 non-conflict? 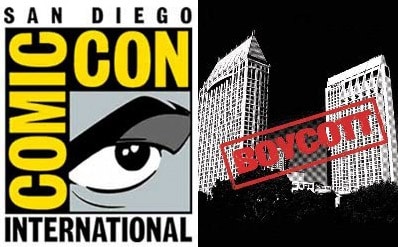 The San Diego Comic Con is currently underway.It's a massive moneyed event each year with Hollywood giants like Tim Burton, Robert Downey Jr, Johnny Depp, James Cameron and Peter Jackson arriving to tease potential blockbusters like Iron Man 2, Avatar, District 9, The Twilight Saga: NewMoon and Alice in Wonderland. Unfortunately the comic bookindustry is still not supporting the boycott of the Manchester GrandHyatt, owned by Doug Manchester who donated $125,000 to Prop 8. Sadly, as Andrew Wheeler at the post-game show pointedlyreminds us most heroes are of the fictional variety.

"The problem – and it’s an appreciable one – is that the San DiegoComic-Con is huge, and the Manchester Grand Hyatt is only two blocksfrom the convention centre, and it is traditionally the social andbusiness hub of the whole event. Most of these people work onsuperheroes, but they are not heroes. They will not do the right thingif it’s inconvenient to their business, or worse, to their buzz."

Old Hollywood fans take note: There's a blooper reel from My Man Godfrey, easily one of the funniest movies ever made. Whoknew such a thing existed? Here's your chance to hear Carole Lombardswear like a sailor. But wait there's more… Bogie, Cagney Bette Davis and Jimmy Stewart also flubbing lines and having a laugh about it.

Did you feel there was abundant gay subtext in Harry Potter and the Half-Blood Prince. It was discussed a few days back but here's another take.

60s sex symbol and enduring actor Terence Stamp just turned 70. In honor of The Adventures of Priscilla's "Bernadette" (one of his most indelible characters) disable the ABBA on your iPods today.

"I've said it before and I'll say it again. No more fucking ABBA." 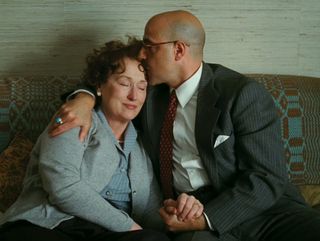 Can Meryl Streep manage a third consecutive summer blockbuster and a 16th (!) Oscar nomination with JULIE & JULIA at the ripe age of 60? I suspect so. I saw the movie last night and as you might expect when an actress as delightful as Meryl Streep plays a woman as delightful as Julia Child, it's well… delightful (Where's my thesaurus?). Some people will quibble with this or that element of the film but it's fun. The rapport between Stanley Tucci and Streep (playing husband & wife this time instead of servant & master a la Devil Wears Prada) is still strong and highly watchable. Nods to their robust sex life get two very big laughs. The movie opens on August 7th.

Some people are already wondering if Streep's vocal impersonation of Julia Child sounds too much like "Mrs. Doubtfire". Hmmm, I don't know. Doesn't Mrs. Doubtfire sound too much like Julia Child? Which came first: the chicken or the egg? It's a question that doesn't need to be asked or answered, especially since both chicken and egg have been drenched in Child's beloved butter.