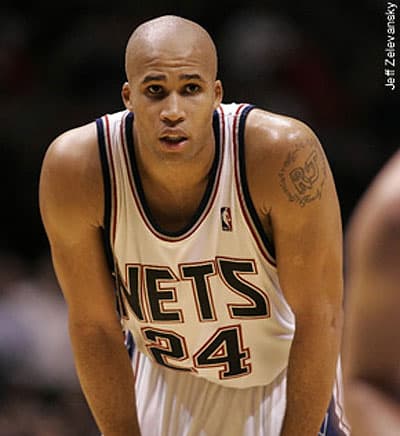 The New York Post reports: " The couple had planned to top off their $500,000 wedding with a honeymoon in London, where they had tickets to one of the Michael Jackson comeback shows.

Of the money he's giving Nichols, Jefferson said, 'I'm not trying to buy her off. She has a lump sum to help her move on.'

He added, 'I've made my mistakes in this relationship, 100 percent. But at the end of the day, there were some people who were responsible for the demise of it.'

He insisted a rumor he's gay had nothing to do with the breakup.' I'm not gay,' Jefferson said. 'That couldn't be any further from the truth. I have nothing to hide.'

Nichols could not be reached."