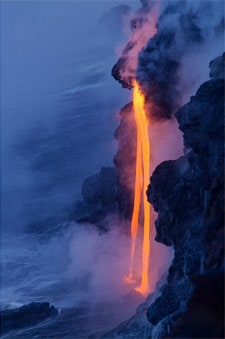 I Look To You: Whitney Houston unleashes new album cover.

Transgender woman attacked by two men in Queens. Men face felony hate crime charges: "The
victim, Carmella Etienne, told police the two assailants chased her
down last week near the intersection of 199th Street and 116th Avenue
while throwing rocks and bottles, yelling slurs and threatening to kill
her."

Howard Bragman on the "Hollywood machine" that keeps actors closeted: "It's not in an agent's interest to tell a client to come out of the
closet. They don't want to shake things up. Because, in
the end, it's all about money, and they don't want anything to hurt the
bottom line."

Former Portland Mayor Tom Potter explains why he's backing recall of Sam Adams: "…during his time as City Commissioner and Mayor, Sam Adams has
demonstrated his serious lack of judgment, a complete lack of
integrity, his serial lying to win an election and his callous
disregard for others.  What this issue is about for me is the mayor's
attempt to deny and cover up his actions." 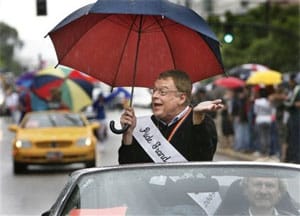 Shia LaBeouf heads out for a shirtless jog.

GLAAD to step up efforts to thwart hate speech in online gaming: "This Saturday, Electronic Arts is hosting a panel discussion on the
topic and will look at what gaming companies can do to limit this
behavior, create more gay-friendly games and educate gamers about the
need for more sensitivity. Justin Cole, director of digital and online media at GLAAD and the
panel moderator, said the problem is widespread among online gamers."

Mystery goo moves through sea in Alaska: "The Coast Guard is sure the mystery gunk is a biological creation and has ruled out an oil spill or hazardous substance.

But the goo remains a puzzle, as Alaskans can’t remember seeing anything similar before, the ADN reported. 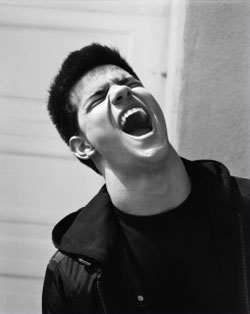 The Horror: Dolce and Gabbana give Madonna and Whitney Houston the same dress to wear on the very same night.

ILGA Europe executive director Dirk De
Meirleir leaves abruptly: "The sudden departure was announced in a short email
from ILGA-Europe’s executive board to its membership, partners and funders.
A copy of the email was obtained by UK Gay News. It read:  'The
Executive Board of ILGA-Europe would like to inform ILGA-Europe membership,
partners and funders that the employment of Dirk De Meirleir as Executive
Director of ILGA-Europe has ended. The
Executive Board wishes Dirk De Meirleir all the best in his future career. The
Executive Board in the coming month will proceed with the recruitment
process of a new Executive Director. The Board and the
management team have set up a deputising
system which will enable effective day-to-day management and running of the
organisation."