Two lesbians who mounted a challenge against the Portuguese government in a bid to wed have lost that challenge. The nation's High Court voted against them today, the AP reports: 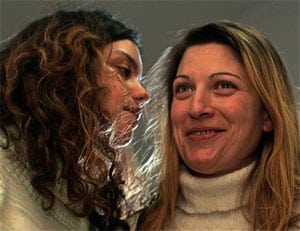 "The court said its five judges ruled 3-2 against an appeal lodged by the women two years ago. Teresa
Pires and Helena Paixao, divorced mothers in their 30s who have been
together as a couple since 2003, were turned away by a Lisbon registry
office when they attempted to marry in 2006 because the law stipulates
that marriage is between people of different genders. Portugal's
constitution, however, also forbids discrimination based on sexual
orientation. The women took the case to a Lisbon court, which rejected
their unprecedented challenge. After considering their appeal
against that decision, the Constitutional Court said in a statement
posted on its Web site that the constitution does not state that
same-sex marriages must be permitted. The court said the question
before it was not whether the constitution allows same-sex marriages,
but whether the constitution compels them to be accepted, which it does
not."