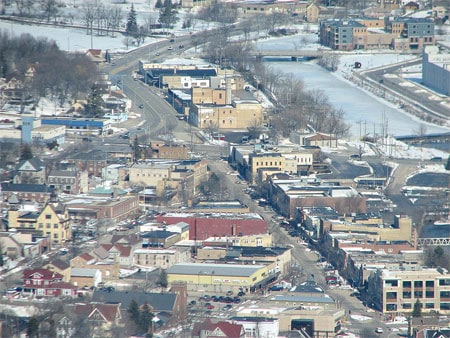 Jim and Ginny Maziarka, of West Bend, Wisconsin, have been waging a battle against their town's library because there are gay and lesbian-themed books on the shelves: 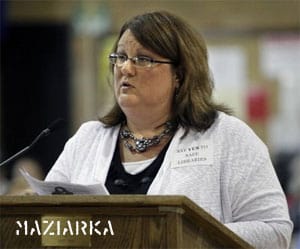 "With the debate raging, the city council voted in April againstrenewing the terms of four library board members, in part becausecouncil members thought the board was dragging its feet, librarydirector Tyree said. The Maziarkas were still fighting to havebooks moved, having identified 82 questionable titles — more thandouble their original list. Then they stopped targeting a list of booksand circulated a petition that asked the board to label and move to theadult section any 'youth-targeted pornographic books' — includingbooks that describe sex acts in a way unsuitable for minors. The bookscould still be checked out freely by anyone. 'We're not talking about educational material. We're talking raunchy sex acts,' Maziarka said. One book she objects to is 'The Perks of Being a Wallflower,' in whicha fictional teenage boy tells about his freshman year in high school,including rape and homosexual and heterosexual sex between teens."

The Maziarka's battle has spread outside their town, to Milwaukee, where a supporter has called for a public book burning.

Read about the entire, despicable, battle here, and watch two clips — one of Ginny Maziarka speaking at a public hearing, and a Christian talk show segment about the Maziarkas' crusade, AFTER THE JUMP…

A segment from Christian talk show Crosstalk America, about the West Bend goings-on, from a conservative Christian bigot perspective, of course:

Previous Post: « Rep. Virginia Foxx (R-NC):
‘Fool Me Once, Shame on You, Fool Me Twice, Shame on You’
Next Post: Guess Who Checked Out the ‘Breeder’ Book? »