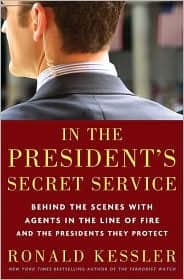 Mary Cheney wanted a new car to be driven around in while her father was Vice President and got one, a new book claims. Cheney denies it, according to Page Six:

"According to 'In the President's Secret Service' by Ronald Kessler, when Mary demanded the Service shuttle her friends out to restaurants, the agent in charge objected and she had him removed from her detail. The former veep's daughter also allegedly complained about the Secret Service vehicle assigned to her. 'She saw that her sister [Elizabeth] had a brand-new Suburban,' an agent who was on her detail tells the author. 'Mary had an older vehicle. She was like, why can't I have one? Next thing you know, within a day or two, she has a brand-new Suburban from the Secret Service sitting out there in front of her house.' But Mary told Kessler, 'These stories are simply not true, and I have nothing but the utmost respect for the men and women of the Secret Service.'"