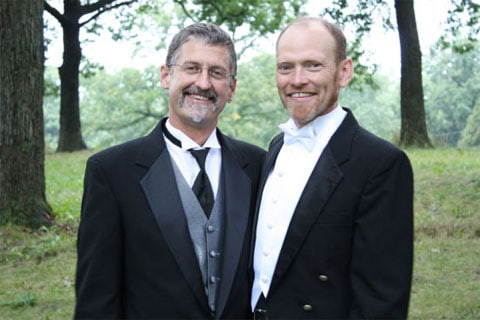 Bob Klebba and his partner
of 11 years, David Waugh, of Madison, will be among the first to take advantage of Wisconsin's new domestic partner registry, which takes effect Monday, the Capital Times reports: 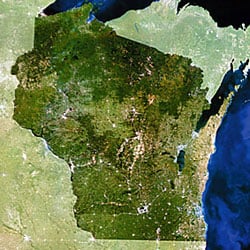 "While the registry will now afford same-sex
couples some 40 legal protections previously extended only to
married couples, it falls short in making all couples equal.
Despite this fact, three members of Wisconsin Family Action have
filed suit. They claim the registry violates the state's
constitutional ban on gay marriage. 'The registry doesn't even come close to
providing equality,' says Emily Dudak Taylor, an attorney with the
Law Center for Children & Families in Madison. 'That's why the
lawsuit is so laughable.' Klebba says he and Waugh are only applying so
he can be included on Waugh's health care policy. 'I realize this sounds a bit crass,' Klebba
says. 'But it's the reality of the situation.'"

It's also pathetic that gays and lesbian citizens, who pay taxes like everyone else, are put through this humiliation of inequality every day across America.