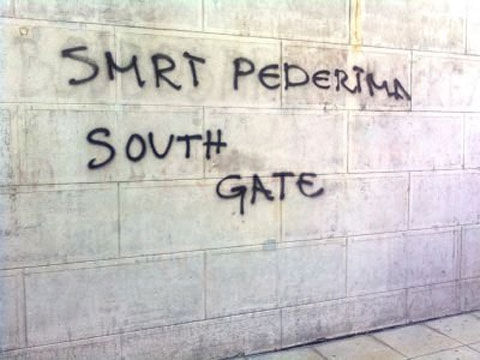 UK gay news reports on an epidemic of homophobic hate graffiti that has sprung up in Belgrade by warring factions of football fans:

"The failure of the Football Association of Serbia and two clubs in
Belgrade to distance themselves from homophobic messages and calls to
murder gay persons which appear in graffiti across the city, bearing
the ‘signature’ of fans from the Partizan and Red Star Belgrade has so
outraged gays that they have written to the Fédération Internationale
de Football Association (FIFA), the world governing body for football,
demanding action. Many buildings in the city bear the graffiti with
homophobic messages, including calls for the murder of gays. Most are ‘signed’ by Red Star Belgrade and Partizan fan
groups, the GayEcho website
claims."

According to the site, the graffiti above reads: "Death to faggots – South Gate". South Gate is the name of a group of football fans. The graffiti below reportedly reads: "Serbia for Serbs – Out with faggots".

Gays in Serbia have written a letter to the Fédération Internationale de Football Association (FIFA) demanding action, but so far nothing has come from the group but statements against homophobia. 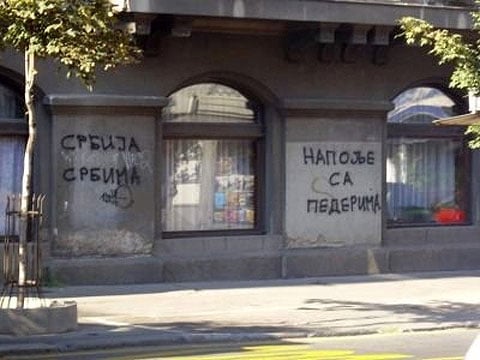