U.S. military probing claims by Iraqi refugee that servicemembers were involved in the executions of gays in Iraq. 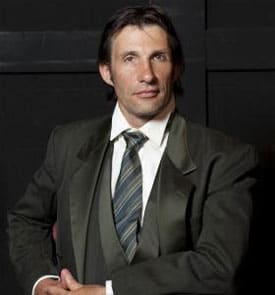 Save the Earth, piss in the shower.

New El Niño may be second-strongest.

Bolivia bans all circus animals: "Bolivia has enacted what animal rights activists are calling the world's first ban on all animals in circuses. A handful of other countries have banned the use of wild animals in
circuses, but the Bolivian ban includes domestic animals as well."

Phyllis Schlafly unleashes on the National Education Association for supporting gays at its annual convention in San Diego. 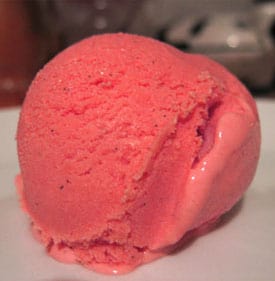 Murses and the dudes who dig them. (via the awl)

Killer of gay seaman August Provost, who committed suicide while in custody, had tried to kill himself twice before.

Maybe the only reason to see the new G.I. Joe flick?

The NYT visits the John Bartlett boutique: "It’s not as if this store is exclusively gay; it’s just secure in its
sexuality. Contrary to current film and television, there is a large
segment of confident gay men out there who aren’t that obsessed with fashion. They work hard, and just need some nice clothes for jobs and second dates."

What Tom Cruise, John Travolta, and Will Smith will be wearing this fall. 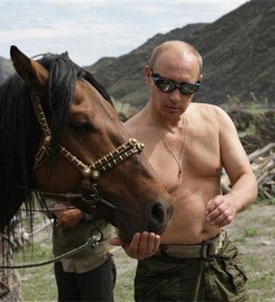 Russian PM Vladimir Putin shows off his macho self again. FLASHBACK: A river runs through Russia: Fishing with Pin-up Putin.

75% of Poles against same-sex marriage.

Glenn Beck: Don't get violent, even though I've been riling you up for years.

Massachusetts teen held on $1000 bond after anti-gay assault: "According to the victim, he and his female friend were walking on Bay
Street when they were approached by a group of four boys. They
identified two of the four as Ambers and Gregg, who appeared to be
intoxicated when they directed their attention toward the victim in an
aggressive manner. Though she tried to keep Ambers at a distance, the victim’s friend told
officers her attempts were futile. Reports say Ambers and Gregg shouted
homosexual slurs as they punched and kicked the teenager until he fell
to the ground."