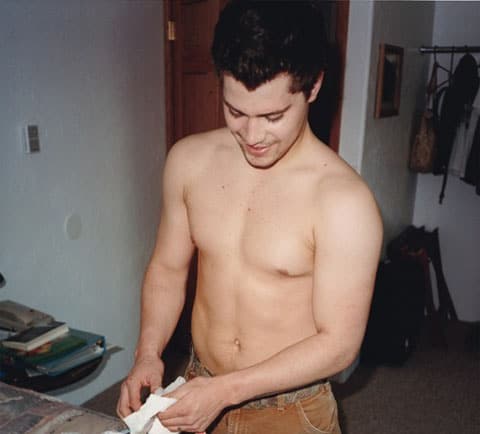 Following a statement on Andy Cohen's Watch What Happens Live that he'd consider posing nude for the right amount of money, Levi Johnston has received just such an offer from Unzipped magazine (warning: site nsfw)

Says the magazine's executive editor Rick Andreoli:
“As the top-selling nude men’s magazine, Levi will receive a level of quality in his shoot that can’t be found anywhere else,” Andreoli says. “Likewise, as evidenced by our May 2009 cover story featuring a nude Beau Breedlove discussing his affair with Portland, Oregon mayor Sam Adams, we also offer models a unique opportunity to share their side of the story. This could clearly be a win-win for all involved.”

There are no details on the amount of pay Johnston would receive should he accept the offer.