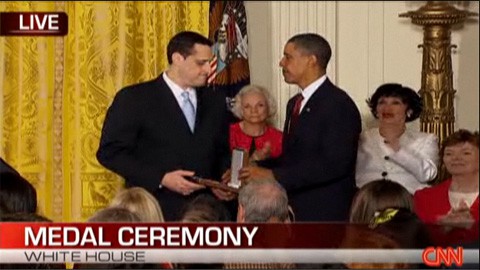 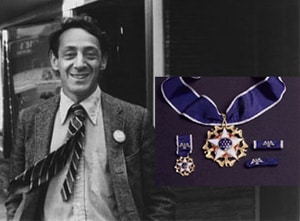 The medal recognizes people who have made "an especially meritorious contribution to the security or nationalinterests of the United States, world peace, cultural or othersignificant public or private endeavors."

Clips of Stuart Milk and Billie Jean King, AFTER THE JUMP…