Silverton, Oregon's transgender mayor Stu Rasmussen was censured by the City Council 4-3 for wearing a mini-skirt while speaking to a group of children. 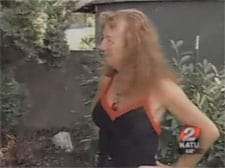 On Friday, I posted a segment from FOX News commentator Bill O'Reilly's take on this story.

It was a rare criticism of the highly popular mayor, which came after a parent of one of the children filed a complaint: "The City Council found the public complaint to be founded and publiclyreprimanded the mayor by censuring him, which basically means theyofficially disapproved of his outfit."

Watch coverage from local station KATU, AFTER THE JUMP…