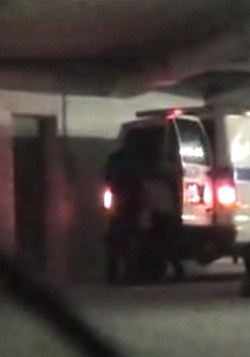 Parents & Friends of Ex-Gays LOSE court case, portray it as "precedent setting" victory. TWO: "In a breathless press release PFOX called their failure a 'precedent
setting case' and claimed that the Court ruled that 'former homosexuals
are a protected class that must be recognized under sexual orientation
non-discrimination laws.'  What the court actually did was disagree
with DC’s Office of Human Rights, which had said that ex-gays are not
covered under the D.C. Human Rights Act, because a protected a group
must show immutable characteristics."

Ryan Gosling works up a sweat at the gym.

Utah homophobe Chris Buttars attacks Salt Lake City non-discrimination ordinance: "I've never seen any facts. I
see these wild accusations. Let's
say someone is gay, but [he's] also a terrible employee — is that
possible? [He gets] fired for something else. You know the gay
community is going to claim [the employer] did it because he's gay."

Chris Brown instructed to stay away from Rihanna for five years. 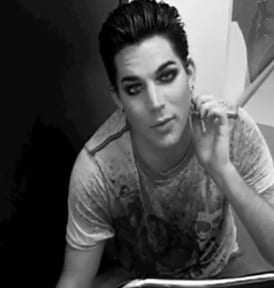 CDC: Gay and bisexual men contract HIV/AIDS at a rate 50 times that of the general population.

Irish Cardinal Sean Brady speaks out against same-sex civil unions: "The book of nature is one and indivisible. It takes in not only the
environment but also life, sexuality, marriage, the family, social
relations—in a word—integral human development. Our duties towards the
environment are linked to our duties towards the human person,
considered in himself and in relation to others. It would be wrong to
uphold one set of duties while trampling on the other." 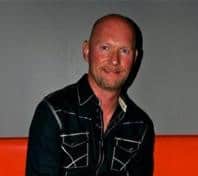 Owner of Castro bar Blackbird dies of swine flu: "He was 41 years old, and was in Palm Springs at the time of his
infection, and he had not been traveling abroad, according to business
partner Shawn Vergara."