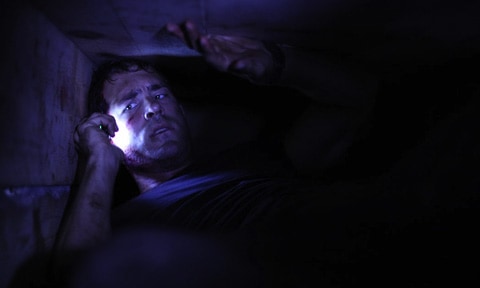 Here's the first image from the indie thriller Buried, in which Ryan Reynolds plays a kidnapped civilian contractor buried in a coffin in the desert with just a knife, a candle, and a cell phone with a dwindling battery.

According to Reynolds, he's the only one in the entire film: "It's the only movie I've ever heard of with only one person in it. So it's just me, I'm the only person in the whole movie. It's either going to be the greatest, most experimental cool movie ever made or god knows what."