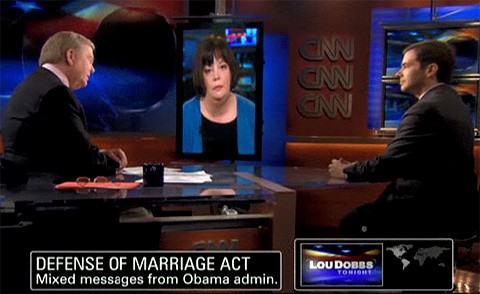 Lou Dobbs hosted law professor Tobias Wolff and the National Organization for Marriage's Maggie Gallagher to discuss the Obama administration's recent brief that said it is obligated to defend DOMA but believes that it is discriminatory and should be repealed.