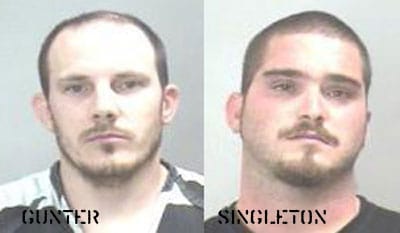 The trial for Bobby Singleton, who with Jonathan Gunter beat Jimmy Lee Dean and the kicked and stomped on him as he lay unconscious in the street in July 2008 in Dallas' Oak Lawn neighborhood, is set to begin on Monday. Gunter was sentenced to 30 years in prison in March. 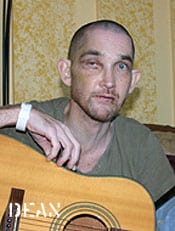 "Now, LGBT advocates, including the lone eyewitness to Dean’s attack,say they’re hoping Singleton will receive an even longer sentence.Singleton, 30, is scheduled to stand trial beginning Monday on the samecharge, a first-degree felony punishable by five to 99 years in prison.'He’s not going to get less than 30 years, that’s for damn sure,' said Michael Robinson, who witnessed the crime. Robinson was walking alongside Dean on Dickason Avenue, between Reaganand Throckmorton streets, immediately prior the attack. He noted thatSingleton also allegedly tried to flee from nightclub security guardsfollowing the attack, and boasted about the crime after being takeninto custody near the scene. In addition to a more severe punishment for Singleton, Robinson andothers are hoping for a bigger turnout from the LGBT community duringthe trial. Only a handful of people from the LGBT community attendedGunter’s trial, despite Robinson’s efforts to publicize the case."

Watch a 2008 report on the attack, which always breaks my heart, if you want to see how this man's life was changed by the beating. Tragic. Watch it, AFTER THE JUMP…