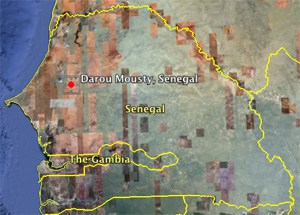 "The International Gay and Lesbian Human Rights Commission (IGLHRC) and
Inner Circle are outraged at reports that a 17 year-old Senegalese man
will stand trial on August 24 for sexual acts "against nature" and that
two other men were convicted on identical charges during the week of
August 10, 2009. The three men, all from the town of Darou Mousty, in Louga, Senegal,
were arrested and detained for alleged same-sex relations on June 19,
2009, together with a fourth man whose status is currently unknown. The
first two men were sentenced to two and five years in prison
respectively. Reports indicate that denunciations from neighbors were
the only evidence against the men. These are the latest in a pattern of arbitrary arrests and
detentions based on perceived sexual orientation in Senegal, a country
in which same-sex relations are illegal, homophobia is widespread, and
incitement toward violence against those perceived to be lesbian, gay,
bisexual or transgender is often encouraged by politicians and
religious leaders."

As you may remember, In Senegal they don't even tolerate dead gays.