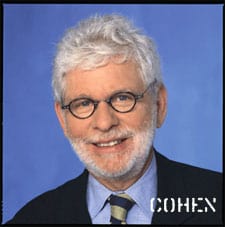 "The real purpose of hate-crime laws is to reassure politically
significant groups — blacks, Hispanics, Jews, gays, etc. — that
someone cares about them and takes their fears seriously. That's nice.
It does not change the fact, though, that what's being punished is
thought or speech. … I doubt that any group of drunken toughs is going to hesitate in their
pummeling of a gay individual or an African American or a Jew on
account of it being a hate crime. If they are not already deterred by
the conventional penalties — prison, etc. — then why would additional
penalties deter them? And if, in fact, they kept their mouths shut,
refrained from the N-word or the F-word or the K-word, and simply made
the beating or the killing seem one triggered by dissing or some other
reason, then they would not be accused of hate — merely of murder or
some such trifle. If, though, they gave vent to their thoughts, they
would be in for real trouble. For the most part, hate-crime legislation is just a sop for
politically influential interest groups — yet another area in which
liberals, traditionally sensitive to civil liberties issues, have
chosen to mollify an entire population at the expense of the individual
and endorse discredited reasoning about deterrence."

Hate crime laws do not punish speech or thought. They punish criminal conduct as an expression of hateful bias against a class of people.