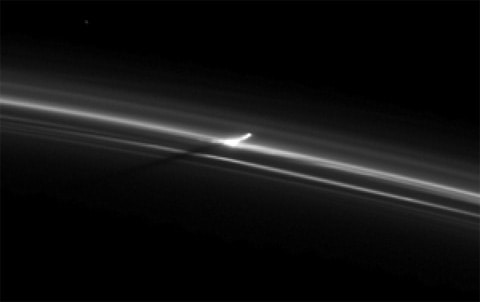 The Cassini probe, orbiting Saturn since 2004, has recently returned photos of the planet's rings featuring an unusual, entirely new phenomenon.

Bad Astronomy writes: "It’s not exactly clear what’s going on here…But it looks for all the world – or worlds — like some
small object on an inclined orbit has punched through Saturn’s narrow F
ring, bursting out from underneath, and dragging behind it a wake of
particles from the rings. The upward-angled structure is definitely
real, as witnessed by the shadow it’s casting on the ring material to
the lower left. And what’s with the bright patch right where this
object seems to have slammed in the rings? Did it shatter millions of
icy particles, revealing their shinier interior material, making them
brighter? Clearly, something awesome and amazing happened here." 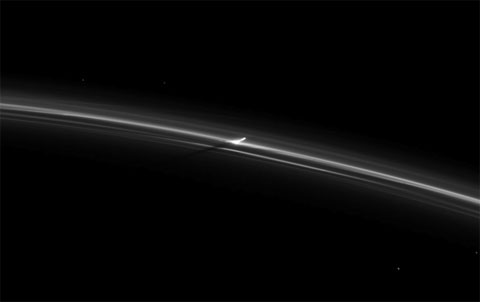