Angels in America to get New York revival. 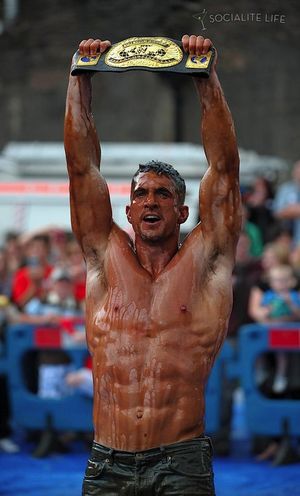 Real Housewife of Atlanta bares her titties for the gays.

UK farmer unleashes pigs to deter gay men from cruising in his woods.

Gay Pride group settles lawsuit with city of Birmingham, Alabama: "The group filed the federal lawsuit in 2008 over Mayor Larry
Langford's attempt to withhold a parade permit from the group and his
banning city workers from installing parade banners on city property. David Gespass, an attorney for Central Alabama Pride, said the city
will craft a nondiscrimination policy when it comes to hanging banners
and will pay the group's costs and legal fees. The city will pay $40,350 for legal fees and the lawsuit filing fee."

Cate Blanchett struck with radio, injured during performance of A Streetcar Named Desire. 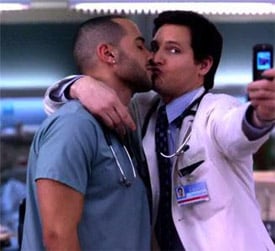 The L Word to go real life: "Show will follow six lesbians in Los Angeles as they go about their lives — a lesbian answer to Bravo's "Real Housewives" franchise. Project is dependent on casting, the net said; if all goes as planned, "The Real L Word" would debut sometime next year."

Dolphin slaughter suspended in Japan: "Today is September 1st, the first day of the dolphin slaughter
season in Japan. But when I arrived today by bus from Kansai Airport
with media representatives from all over the world, the notorious Cove
from the movie was empty. There were no dolphin killers in sight. So
today is a good day for dolphins! 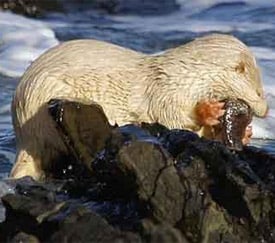 Hungarian police give go-ahead for Gay Pride parade on Saturday.

The 5 Gayest Beaches in Southern California.

Washington State Senator Ed Murray won't enter Seattle mayor's race: "Murray had been considering a write-in campaign after T-Mobile
executive Joe Mallahan and Sierra Club activist Mike McGinn advanced to
the November general election in last month's primary. In a
statement released Tuesday, Murray says he needs to focus on the
upcoming campaign to get voters to approve Referendum 71, which has
qualified for the November ballot."