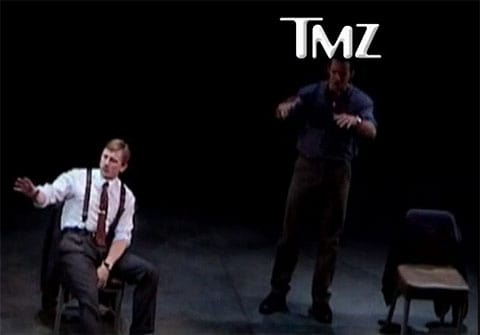 Daniel Craig and Hugh Jackman, starring together in the police drama A Steady Rain on Broadway, interrupted their show on Wednesday twice when a cell phone went off in the audience, asking the audience member to shut it off.

On the other hand, how bout the video camera (with zoom) that caught the whole episode?