National Organization for Marriage President Maggie Gallagher expressed confidence over the weekend that anti-gay forces would win in Maine: 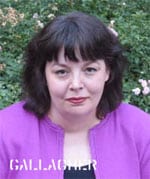 “I’m pretty confident that, as in California, we’re going to win. We’re in much better shape in Maine than we were inCalifornia at a similar point. We were ten points down on September 1,2008 and we won. I saw a poll yesterday that had us up two points inMaine.”

She also trashed Equality Maine's ad: “I think that ad is not very effective. I think that’s avery soft-focus, nice, pleasant ad, but I don’t think it changed anyminds one way or another. If I was them, I wouldn’t be spending moneythere.”

Protect Maine Equality is looking for volunteers in the month leading up to the election. Here's how you can get involved.

The Maine Chapter of the American Academy of Pediatricians today asked voters to reject Question 1: "As physicians who care for children and their families, we are committed to supporting what is best for children. And there is no question that when their parents can marry, children are more protected legally and socially. Marriage equality is the right thing for Maine's children, and will strengthen and protect families who have lacked legal recognition for too long,” said Augusta pediatrician Dan Summers. “As pediatricians, we see how supportive parents — whether gay or straight — positively impact the development of children. That is why we oppose the referendum that would rescind the law that allows same sex couples to marry." 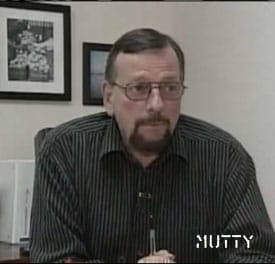 Portland station WMTW took a closer look at the misleading ad from "traditional marriage" advocates that began running last week which contained this line: "Homosexual marriage taught in public schools whether parents like it. Vote yes on question one." Stand for Marriage Maine's Marc Mutty basically admitted the line was a lie:

"Those who made the commercial said the line in the advertisement is notmeant to be taken literally. Instead, it's meant to imply that, intheir opinion, if schools currently teach about family life andmarriage, discussions about same-sex marriage would likely be included. 'Now, the law says marriage is between party A and B. That is what the school would be obligated to teach,' Mutty said.Interms of teaching about marriage in schools, if the issue of same-sexmarriage is part of the lesson plan for sex education classes in oldergrades, parents can opt out of the classes now, according to Maine law– and that would not change."

Protect Maine Equality has begun running a radio ad in response to the misinformation and fear-mongering.

Watch WMTW's report and listen to the radio ad, AFTER THE JUMP…