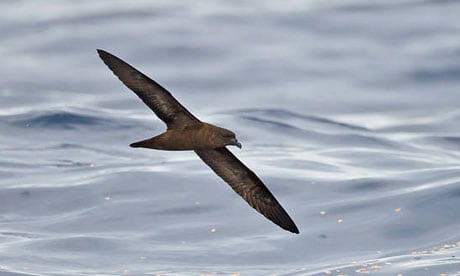 The Fiji Petrel, a critically-endangered bird of which there are estimated to be less than 50, has been photographed for the first time: 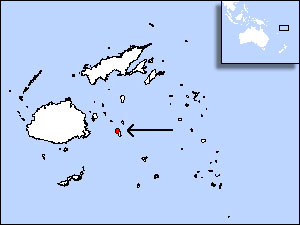 "Scientists photographed the chocolate-coloured sea bird soaring above the ocean about 25 miles south of Fiji's remote island of Gau in May, according to the UK conservation group BirdLife International. The researchers' findings were described in a paper published in this week's Bulletin of the British Ornithologists' Club…The finding is significant because there is so little information
about the bird, said Nicholas Carlile, sea bird project officer with
the New South Wales state Department of Environment, Climate Change and
Water in Australia. Carlile has studied the Fiji petrel for years
and began to hunt for the animal's breeding ground in 2003. Despite all
his research, even he has never seen one of the elusive birds. 'There
has been no positive sighting of the Fiji petrel at sea – it's very
rare,' Carlile said. 'So it was absolutely fantastic to see those
images.'"