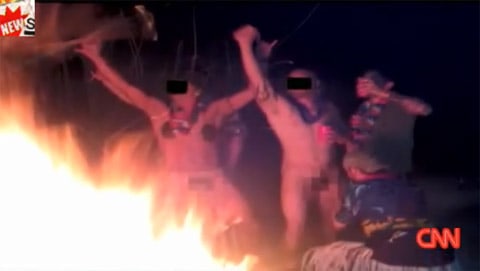 Of course gays can't be anywhere near the military because "it would create anunacceptable risk to the high standards of morale, good order anddiscipline."

What's wrong with this picture?

Clearer shots over at Gawker.

Previous Post: « Chicks, Man
Next Post: Minnesota Teachers Who Mocked Student for Being Gay Are On Leave »