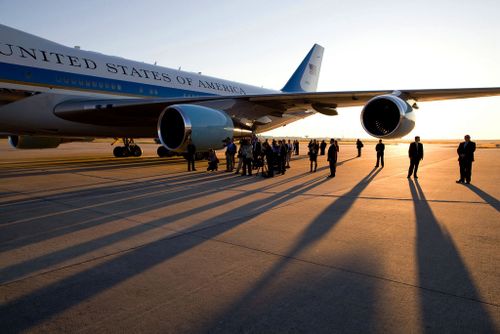 Occasionally something from the White House Flickr photo stream jumps out at me. I'm a sucker for low light and long shadows. Click to enlarge.

Here's the caption: "The press pool gathers under the wing of Air Force One, prior to
President Barack Obama's departure from George Bush Intercontinental
Airport, in Houston, Texas, Oct. 16, 2009."