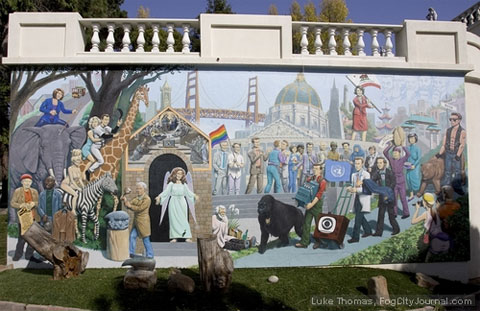 What's being described as "the world's largest mural portrait" is set to be unveiled on Sunday at the Bob Pritikin Mansion in San Francisco's Noe Valley.

The mural is 50 x 18 ft. The Pritikin mansion (some interesting photos here) is said to be San Francisco's largest.