A vigil is set to take place in Trafalgar Square a week from Friday at 8pm in response to the hate crime murder of 62-year-old Ian Baynham: 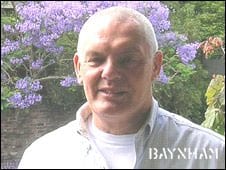 "Mr Baynham's death, highlights the growing issue of homophobia in
London, as the Metropolitan Police have reported an increase in
homophobic hate crime. Over the past year, the number of attacks
against gay men and women in London has risen nearly 20 per cent, and
in a recent survey 90 per cent of the gay men and women questioned said
they had experienced homophobic insults and abuse. The Vigil is
also an opportunity to rembember the many victims of homophoia and
hatred not only in London, but all over the world…The day of the vigil also marks the 5 year anniversary of the death of David Morley. David was a popular figure in London's Soho Community. He was a survivor of the Admiral Duncan nail bombing – the homophobic attack carried out by David Copeland, but was viciously beaten to death on London's South Bank by a gang of youths.

Event organisers state that the aim of the vigil is to show the world that anti-sociable behaviour is unacceptable. The event organisers stress that the hate crime vigil is about everyone – lesbian, gay, bisexual, trans, straight, highlighting that the attack on Ian Baynham was an attack 'on everyone’s right to walk through their city without fear of attack'."

London's Metropolitan Police have been accused of complacency by the head of UK gay rights group Stonewall, Ben Summerskill: "The Met has made progress in the past decade, but it is patting itself on the back and becoming complacent. Homophobic crime is often still not treated as seriously as other offences and our research has shown that 75 per cent of gay people don't have confidence in reporting incidents to the police."